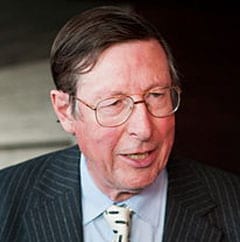 Sir Max Hastings is an author, journalist and broadcaster whose work has appeared in every British national newspaper.  He now reviews regularly for the Sunday Times and New York Review of Books.  He speaks with The Last Post about his latest book, Vietnam: An Epic Tragedy

Fran Ludgate and Vasey have been working with us for a long time, helping the elderly with engagement. ... See MoreSee Less

$466,000 has been contributed by sub-Branches across the state to a support fund for veterans in need.

Producing The Last Post gives me great joy and none more so than working with Laurent and Christine and Aranui Cruises to help people to access this most beautiful part of the world, Tahiti and the Polynesian islands and the chance to visit the rainforests around Mt. Orohena.
www.thelastpostmagazine.com ... See MoreSee Less

On this day in 1942, 22 Australian Army nurses and 60 Australian and British soldiers were machine-gunned by Japanese soldiers on Radji Beach at Bangka Island in Sumatra, which was at that time part of the Dutch East Indies (now Indonesia).

Most of the nurses were sexually assaulted before they were shot. Kapunda-born Sister Vivian Bullwinkel was the only nurse to survive, although she was wounded. Two soldiers also survived.

The perpetrators were never identified.

Bullwinkel survived captivity and was later made an Officer of the Order of Australia for her many humanitarian and career achievements.

The Bangka Day Memorial Service is held each year at 10 am on the nearest Sunday at the Women's Memorial Playing Fields, cnr Shepherds Hill Rd & Ayliffes Road, St Marys. All welcome.

Appropriate dedication to Vivian at Auburn SA Anzac Day Dawn Service, given mid North connection & her brief involvement at then Auburn Hospital. I understood that she bravely testified at War Crime tribunals post war & of course no one would have know of the massacres without survivors - such a wonderful, brave woman. Vale Vivian Bullwinkel - Lest We Forget ❤️

Mothers of defence personnel who have taken their own lives seek assurances a new commissioner will have adequate powers to address the military's suicide crisis.